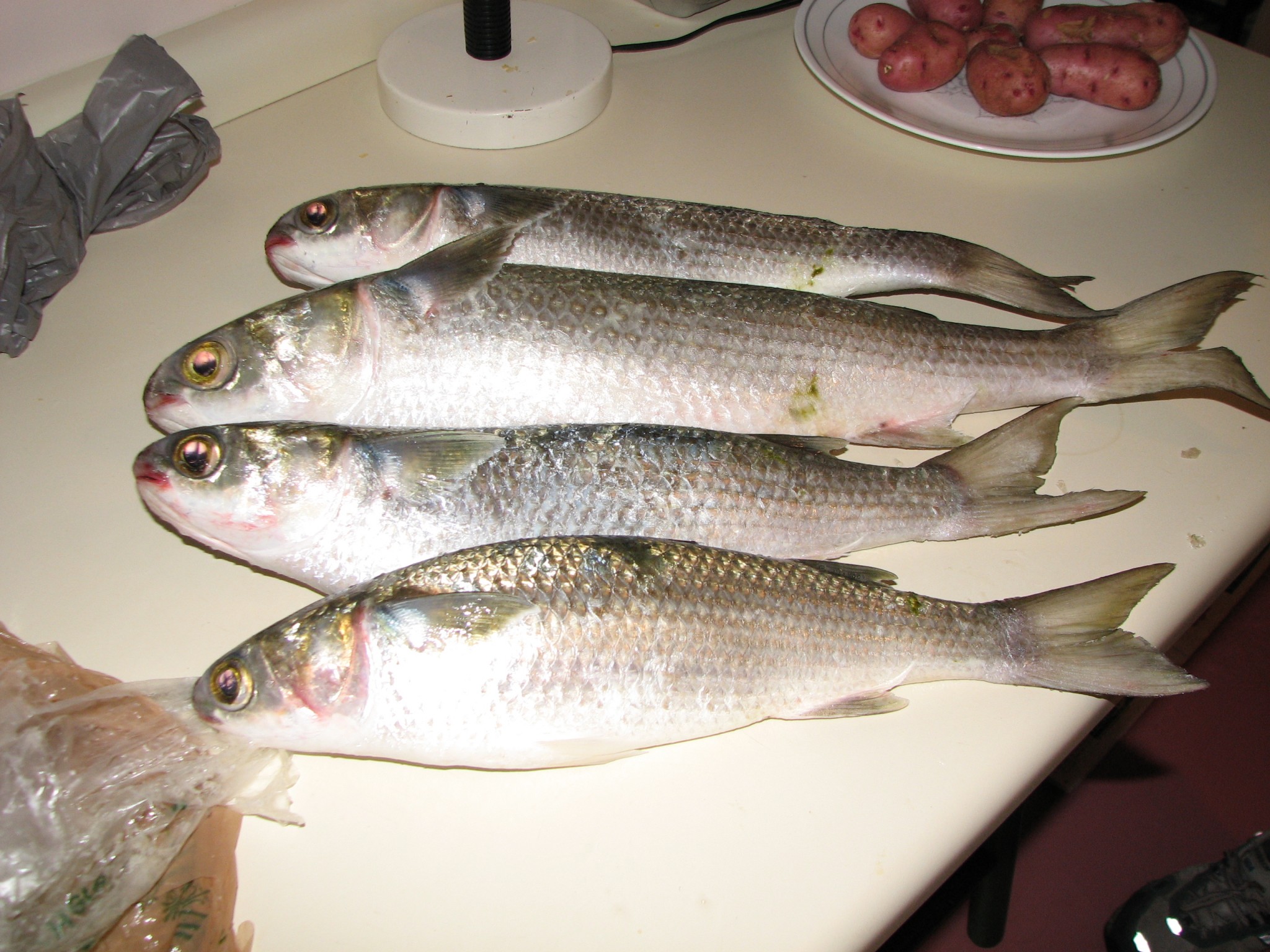 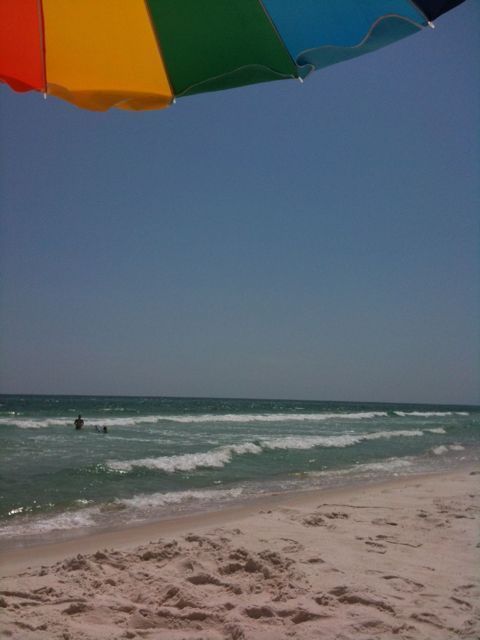 Today is a beautiful day on the west end of Panama City Beach. So far, we haven’t seen the slightest trace of the god-forsaken BP oil. Although… Our neighbors who have a tshirt/gift shop near the pier said that there were flat globs of oil down that way…. but we are lucky so far they aren’t down here.

The water is clear with just the tiniest trace of Junegrass seaweed (I just learned this isn’t really seaweed, follow the link and read about what it really is). Today there were mullet swimming so close to the shore that we caught 5 or 6. And by we….I mean Abuelo.

Here is an interesting fact about mullet that I learned from this site (and Abuelo)….. they are considered a vegetarian fish, and they are the only fish that has a gizzard (much like a chicken) that is used to grind up and digest plant material….who knew!?  Also, commercial harvesters use a cast, beach or haul seine net to catch mullet…..which is exactly what Abuelo did.

Another curious feature of the beach today…. There are these rando dudes walking up and down the beach… About 8 of them, all dressed in long sleeves and pants…. And they just keep going back and forth? They’ve passed at least 10 times, traveling in pairs…..Anyone?

Hey, wait…..Abuelo looks a little like the rando dudes! But they have no fishing nets….. they look like they should. Weird.

So, update on the mullet. When Abuelo cleaned them, it was obvious they had been munching on, guess what, ….that’s right, Junegrass! And, they were good fried.

Explore Things to Do in PCB

There are so many fun things to do in Panama City Beach!

Things to do in Panama City Beach »